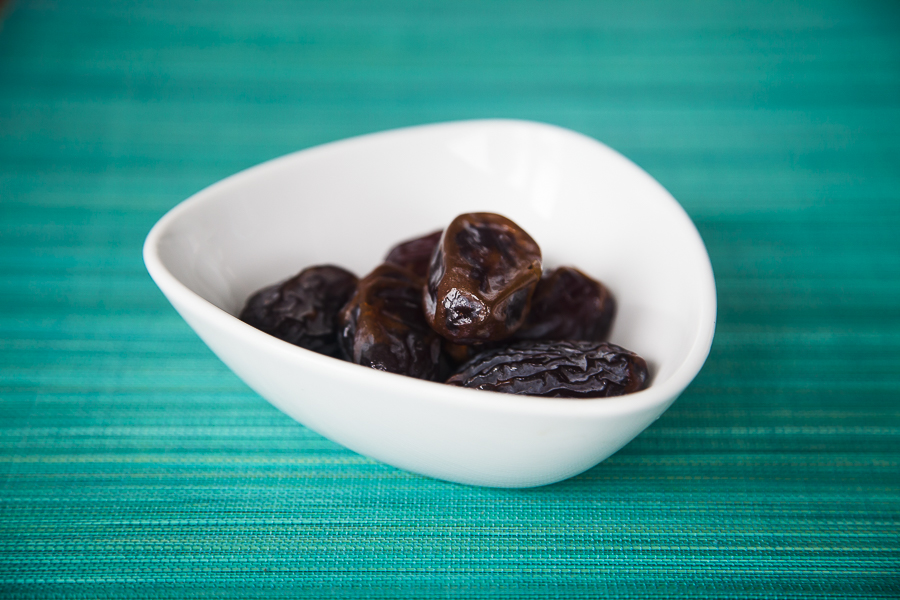 Dates have been a staple food of the Middle East and the Indus Valley for thousands of years. They are believed to have originated around Iraq, and have been cultivated since ancient times from Mesopotamia to prehistoric Egypt, possibly as early as 4000 BCE. There is archaeological evidence of date cultivation in eastern Arabia in 6000 BCE. Dates are an important traditional crop in Iraq, Arabia, and north Africa west to Morocco. Dates are also mentioned more than 50 times in the Bible and 20 times in the Qur’an.

Dry or soft dates are eaten out-of-hand, or may be pitted and stuffed with fillings such as almonds, walnuts, pecans, or tahini. Dates can also be chopped and used in a range of sweet and savory dishes, from tajines (tagines) in Morocco, to puddings, and other dessert items. We use them as a sweetener in our breakfast muffins.