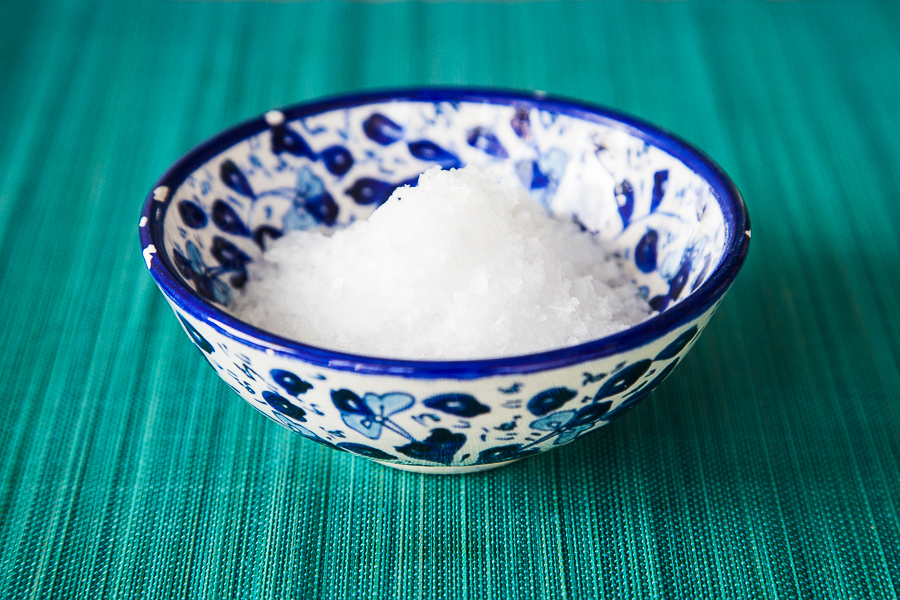 Sea salt is salt produced from the evaporation of seawater. It is also called bay salt or solar salt. Like mineral salt, production of sea salt has been dated to prehistoric times.

According to The Mayo Clinic and Australian Professor Bruce Neal, the health consequences of ingesting sea salt or regular table salt are the same, as the content of sea salt is still mainly sodium chloride.

In comparison, table salt is more heavily processed to eliminate minerals and usually contains an additive to prevent clumping.

Some gourmets believe sea salt tastes better and has a better texture than ordinary table salt. This is because sea salt is generally of a coarser texture, so it can provide a different mouth feel, and may change flavor due to dissolving slower than table salt.

The mineral content of sea salt also affects the taste. The colors and variety of flavors are due to local clays and algae found in the waters the salt is harvested from. For example, some boutique salts from Korea and France are pinkish gray, some from India are black.

There are however other salts that are also coloured, such as pink “Himalayan salt”, Maras salt from the ancient Inca hot springs, or rock salt.